My 24 hours in Brussels, Belgium was a surprising culinary delight. Most people think of brussel sprouts and Belgium waffles when it comes to this quaint European town, but my worldwind adventure was dominated by their world famous chocolates! Morning, noon and night, I indulged in hot chocolate, white chocolate, milk chocolate and more. I chocolate shop hopped my way around the Grand Palace only pausing my chocolatepallooza to gaze upon the majesty of the historical edifices in it's last few moments of holiday glory. 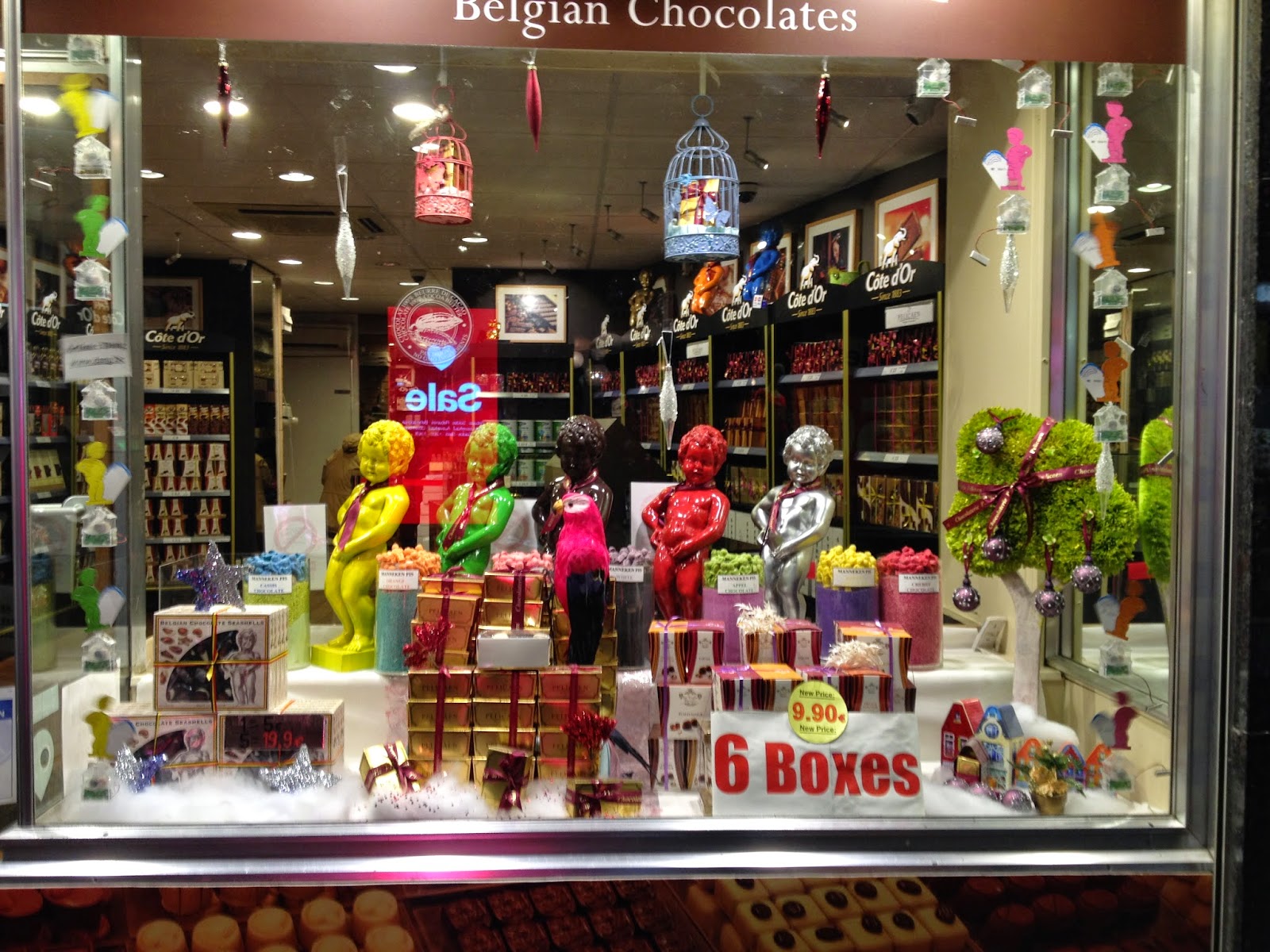 Brussels has never been a place I considered for my holiday travels, but I was pleasantly surprised to discover the beautiful holiday markets that illuminated the city's most famous squares. Although I arrived post Christmas, there were still plenty of decorations adorning shops and lighting up the Grand Place square to enjoy. 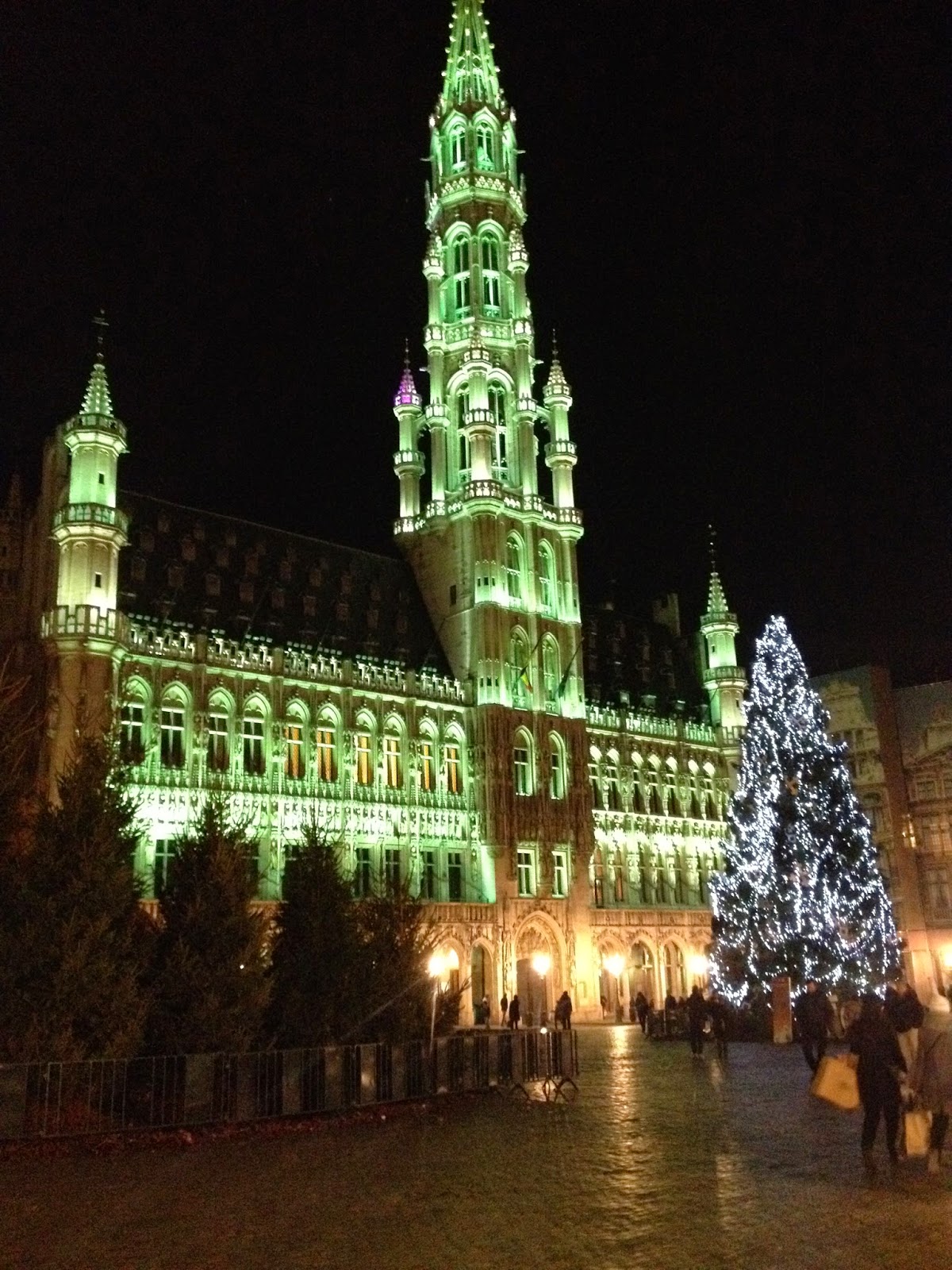 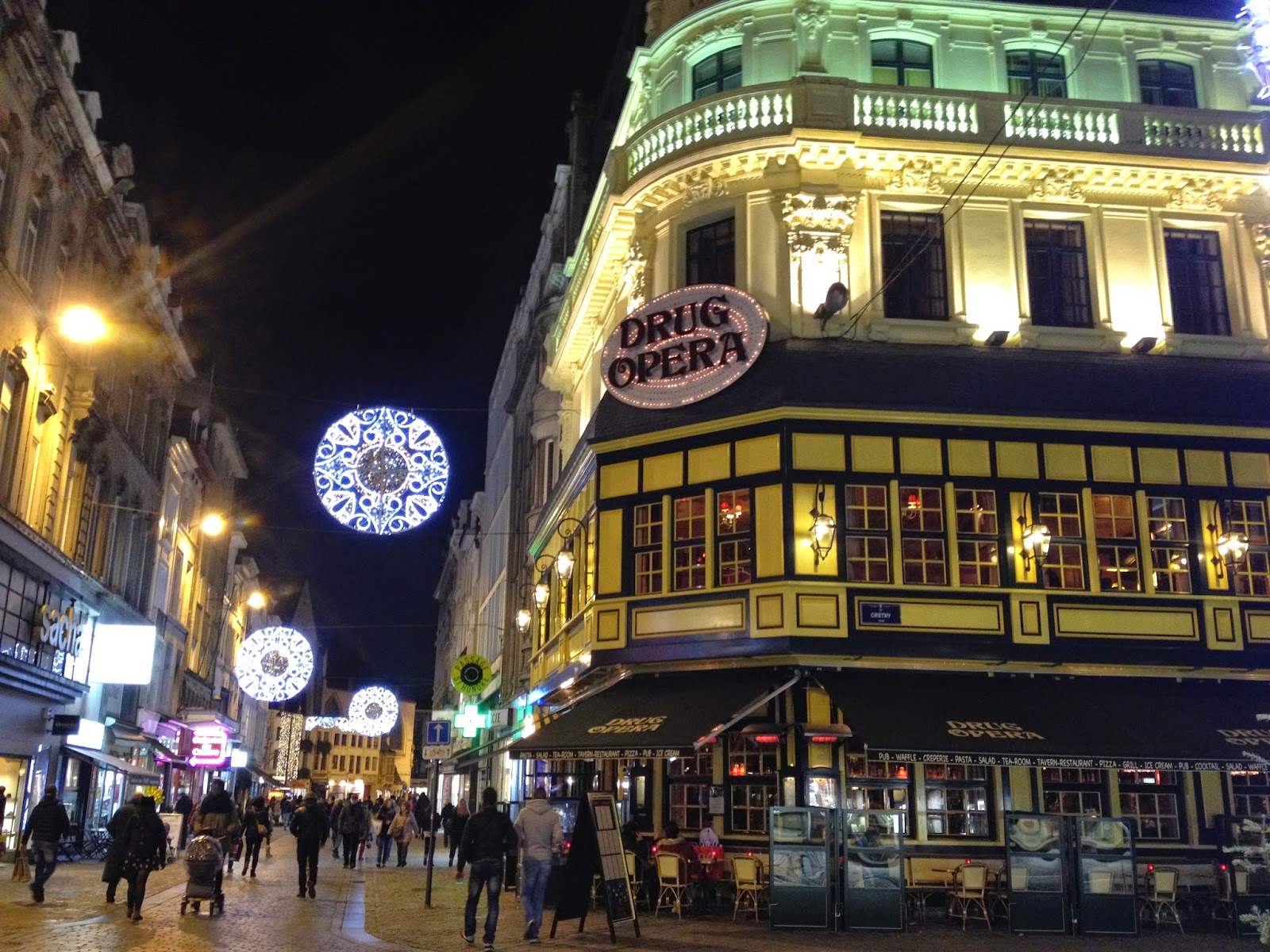 I learned that the markets typically start at the end of November and run typically until the first week in January. And although the weather during that time isn't always the most tourist friendly, there's lots of cool activities including concerts and tours during that time that make Brussels a "cool" choice for a winter vacation. (See what I did right there :))

In my brief time, I was able to navigate a walking tour of some of the city's highlights. Here are my picks on a few fun things to see or do on a day trip to Brussels: 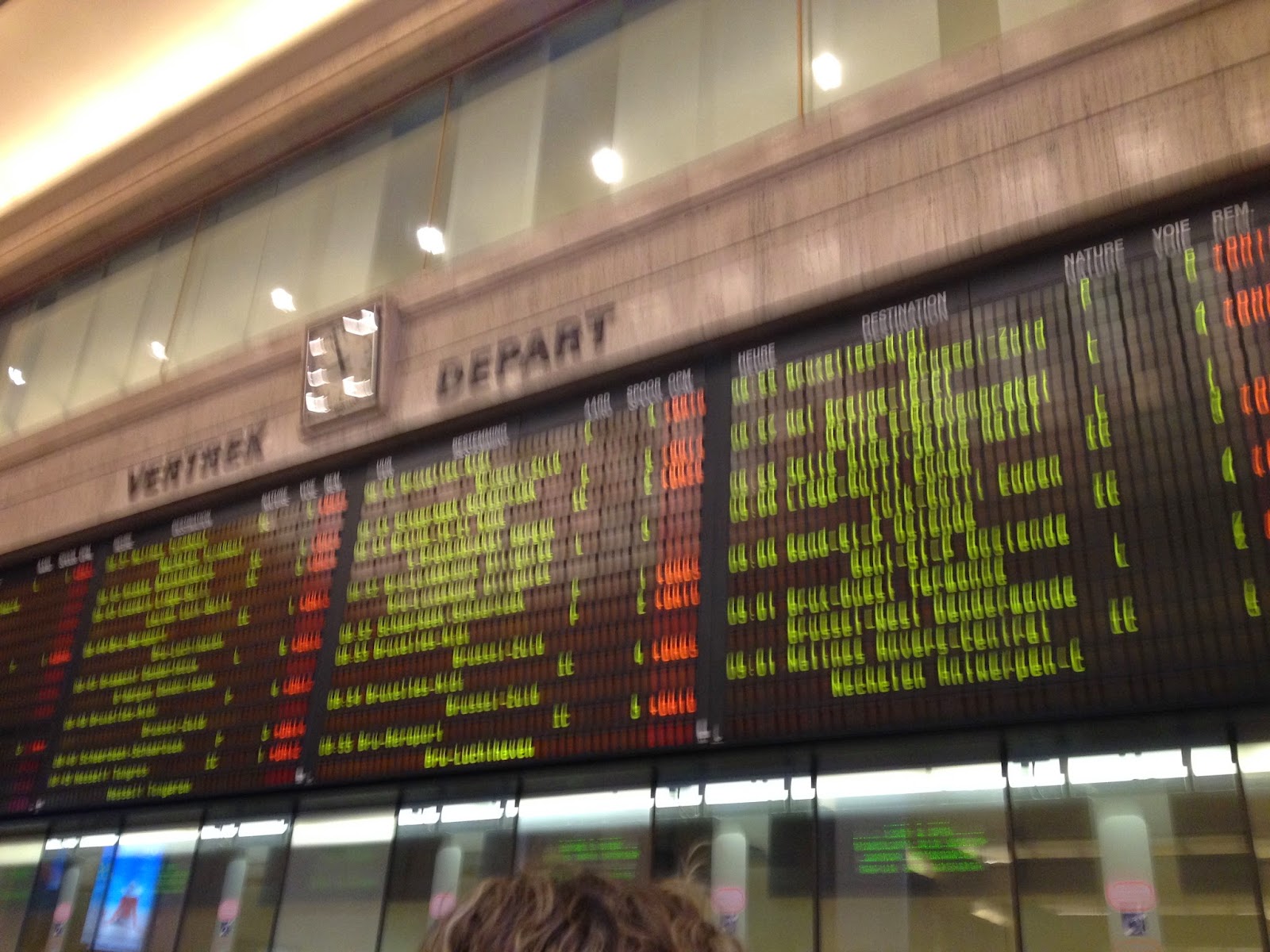 How to get there from the airport:  I was able to take the train directly from the Brussels International Airport into the city and walk to my hotel in under 45 minutes. The airport is located in the area of Zavantem, about 20 minutes by train from the city centre (Brussels Centrale station). It is important to note that you cannot buy a train ticket at the kiosk at the train stations unless you have change or a credit card with a chip. I wasted a fair amount of time trying to pay with my visa card sans chip before discovering that important little tidbit. You can also purchase tickets on board the train. Trains run into the city every 15 minutes or so, you can expect to spend about 8 euros each way for an average train ride. Once you are in Brussels there is also has an underground metro system but I was able to walk to most of the city's sights from my hotel. 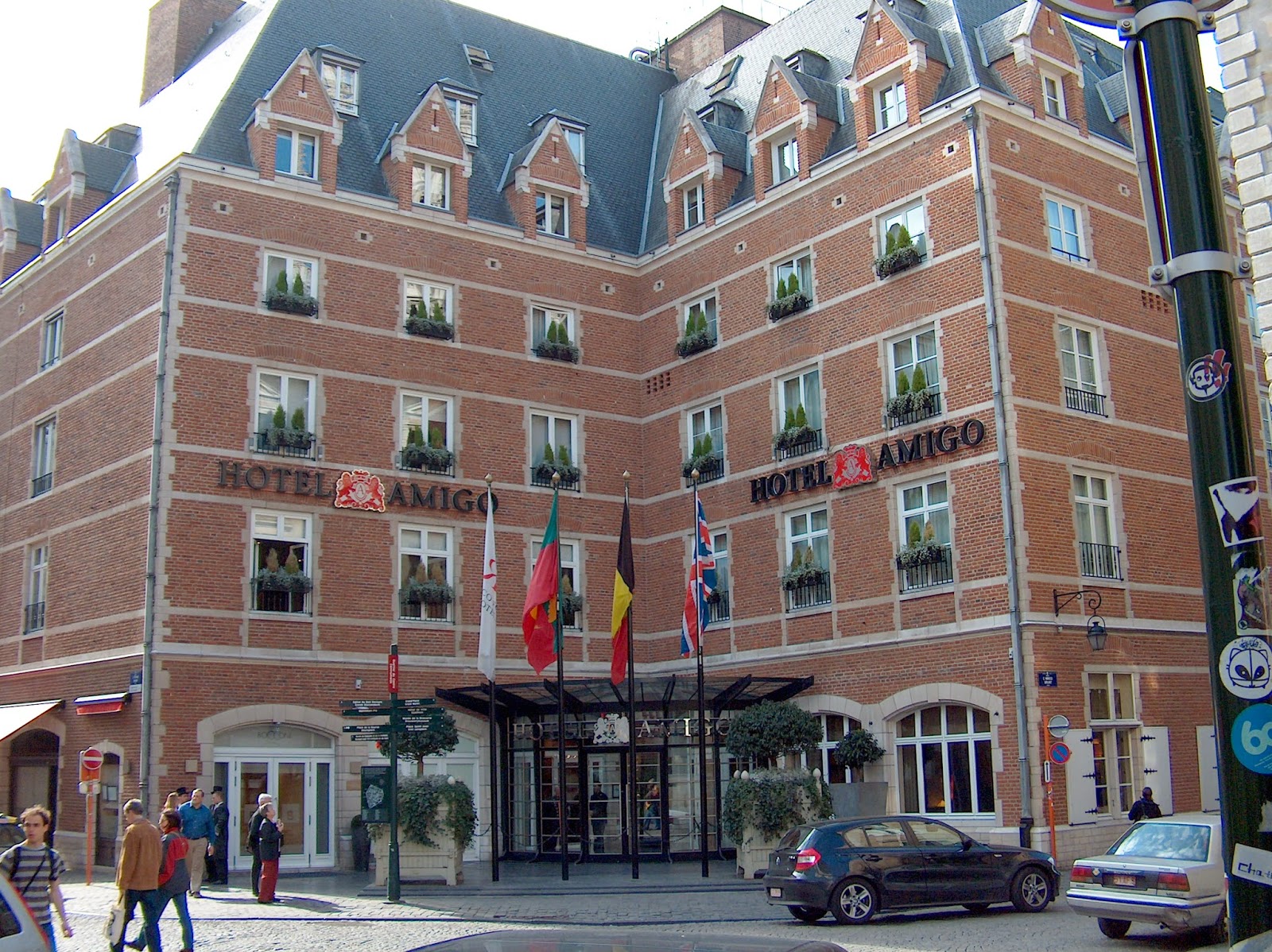 I love the hotel district near the Brussels Centrale Station, I really liked the area because it was safe and in walking distance of the historic Market Square, restaurants, and grocery stores. The Novetel Grand Place  is close to the famous Manneken Pis, the historic center and the Royal St. Hubert shopping arcade. Perks include free wifi and moderate pricing. Hotel Amigo is another great choice, this former prison, (yes prison!) became a hotel in 1957, just in time to host royals, celebrities and VIPs for the Brussels World’s Fair. Centrally located, you can walk to everything easily enough from here with tons of restaurants and bars including the reknown Delirium Tremors and their famous Belgium beers. For a budget friendly option consider Hotel Saint Michel, the historical hotel offers few frills but it's location right in the midst of Market Square make views from the hotel peerless. 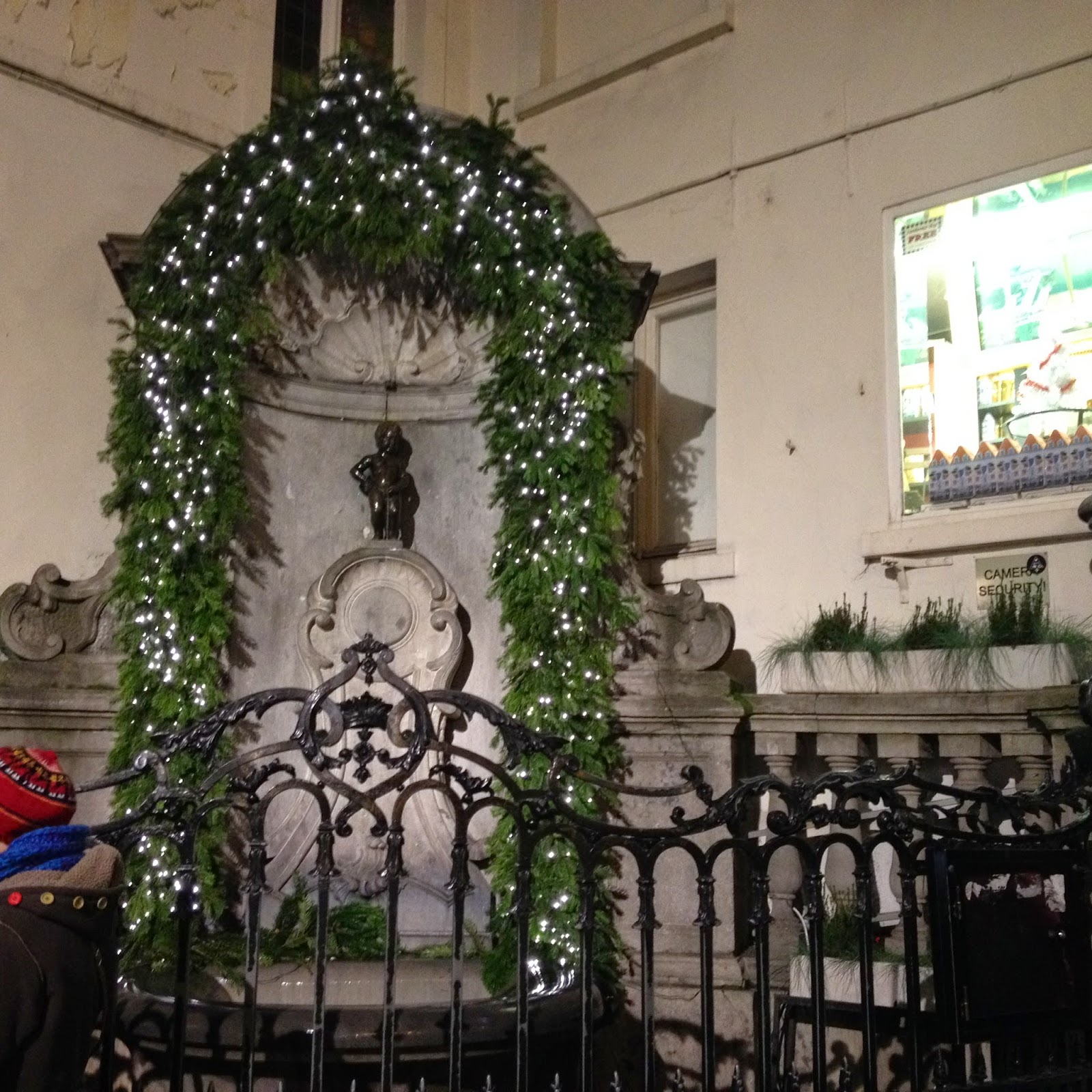 Be sure to:  Go and see the famous " Pee" statue, the famous Manneken-Pis remains the emblem of the rebellious spirit of the City of Brussels. The statue is dressed in costume several times each week, according to a published schedule which is posted on the railings around the fountain. His wardrobe consists of several hundred different costumes, many of which may be viewed in a permanent exhibition inside the City Museum, located in the Grand Place, immediately opposite the Town Hall.

Try a Belgium beer or.... six. Beer is serious business with approximately 180 breweries in the country ranging from international giants to microbreweries. There are over 450 different varieties and many Belgian beers have personalized beer glasses in which only that beer may be served. The shape of each glass enhances the flavor of the beer for which it is designed. So have fun sampling!